by Abigial Raasch / Wednesday, 29 December 2021 / Published in ACE in the Press Dressed in a cowboy hat, tie-dye button-down shirt and boots, fiddler Kelly Thibodeaux transforms the classroom into a stage.

As he runs the bow across the strings, he brings the instrument to life.

To his rhythm, he tells stories deep-rooted in Louisiana mystique: tales of alligators, fishermen and mythical creatures that call the swamp home.

Without missing a beat, Kelly opens the floor to the crowd.

Black cases are passed out one by one along a few rows of seats. With a click of the latches, an alligator, a panther or a lacquered reflection of themselves appears.

Eyes glowing like fireflies, the fourth graders lift their fiddles from the cases in awe.

“Have you ever thought of yourself as a musician?” Kelly asks the students. “Guess what? You are. You’re about to play one of the oldest, most powerful instruments.”

Kelly teaches students of all levels how to play the fiddle. Kelly’s Art of Fiddling & the Mystique of Louisiana Artist in Residence program brings music to rural schools in the Pacific Northwest.

The Louisiana native currently lives in Oakridge, Oregon. In his 20s, Kelly was studying to be an electrical engineer when one day he had what he can only describe as a love-at-first-sound moment.

“I started hearing in the music I was listening to the violins,” Kelly says. “It was calling to me or something. It was the most intriguing, exciting sound I had ever heard.”

This revelation led Kelly to become a professional musician. He taught himself to play the fiddle and has been performing for more than 40 years.

“All the things I learned as a performer I am using to teach these children,” he says.

About 18 years ago, Kelly decided to bring that same passion for the fiddle to rural classrooms. His program is designed to break down barriers to learning the fiddle—a more approachable name for a violin—for students in grades K-12.

One obstacle Kelly faced was having enough instruments. He decided to sell his SUV and downsize to a car. With the leftover money, he bought the fiddles he uses to teach students.

“Trivia fact,” Kelly says. “You can fit 60 violins in a Toyota Corolla.”

Throughout the school year, Kelly packs up his car and heads to small districts throughout the region. He spends one to three weeks at each school, depending on the number of participating classes.

Students in each grade level are taught to play the fiddle in a school week.

Kelly says a natural reaction to his program is, “You’re going to teach an entire school to do what on the violin in four days?”

In Kelly’s music room, you don’t see sheet music propped up on stands and a baton moving to a tempo. Minutes after Kelly starts his instruction, students have a fiddle in their hands and begin learning how to move the bow back and forth on the strings, which is known as sawing.

“My whole method is based on rhythm, not melody,” Kelly says.

He makes learning these techniques fun through storytelling. One story is about a magical kingdom of frogs. He teaches students to play sound effects on the fiddle that go along with the tale. Students make the fiddle sound like a frog, cricket, mosquito, bird, wind and rain.

“I combine lots of stories and I play off the mystique of Louisiana,” Kelly says. “The kids are learning some pretty complex musical skills without even realizing it. If you don’t tell them it’s hard, then it ain’t.”

“They come up one by one and play the fiddle tune,” Kelly says. “I watch their little faces light up like Christmas trees as they play this powerful instrument. It is magical.”

Parents are invited to these special recitals to see what their kids have learned.

“Every momma loves a fiddle-playing baby,” Kelly says. “What they do at the end of the week is pretty phenomenal. You would think they had been playing for months and months.”

Kelly’s Art of Fiddling program is inclusive to everyone at the schools he visits. For students with disabilities, Kelly accommodates how they play the instrument so every student can include their beat into the rhythm of the class.

When Kelly visited Territorial Elementary School in Junction City, Oregon, several years ago, he met a girl named Dawnisha who was determined to play the fiddle.

Her mother called Kelly before he arrived to explain her daughter’s arm disability.

Kelly set up a time to meet Dawnisha in person before the class to see how they could make the instrument work for her.

“I started talking to the little girl and realized that I was in the presence of someone far greater than me,” Kelly says.

Dawnisha had a plan. Kelly went to open the fiddle case, and Dawnisha told him she could do it. Using her legs and one of her arms, Dawnisha got the fiddle out of the case and set it upright in her lap like a cello so her arms could reach the strings and bow.

“She was the best performer in the class,” Kelly says. “It is probably the most humbling experience to me that these children are living with a disability and they don’t let it slow them down one
little bit.”

In Dawnisha’s thank-you note to Kelly after the class, she wrote, “Thanks for helping me play the fiddle just like I am.”

Making music with his students has Kelly playing a new tune as a musician.

“I am still working with my band, but I almost prefer the teaching experience,” he says. “They are just wonderful little human beings, and I am very privileged to work with them and teach them something I really love.”

A musician at heart, Kelly knows there won’t be a day in his life that he isn’t making music.

“I intend to do this ’til I am no longer on the planet,” he says. “Music is something you just don’t retire. You gotta keep playing.”

Through the years, Kelly Thibodeaux has become a familiar face at many schools. His longest-running residency is at Slater Elementary School in Burns, Oregon.

Sara Burns, a second grade teacher there, has seen Kelly work his musical magic with students the past 15 years.

“When it started out, we didn’t have music,” Sara says, noting they had no music teacher or class. “This was the only music instruction for the year.”

Kelly visits Slater Elementary each spring when students are getting restless for the upcoming summer break.

“He comes with a refreshed excitement,” Sara says. “Everyone is so grateful and energized by the experience that he brings.”

Adding his residency to the school’s curriculum was an opportunity for every child to try their hand at creating music. Kelly’s friendly, positive nature helps kids feel safe and secure as they start playing the fiddle.

“He does a great job encouraging students,” Sara says. “Even if it does not sound very pretty on the first day, he’s like, ‘That sounds great.’”

Because Kelly visits every year, students can take the fiddle class kindergarten through fifth grade at Slater Elementary. That was the case for Sara’s two children, Joseph and Keaira.

“The week he’s here, students get to school on time,” Sara says. “It’s what they talk about on the playground. We all love having him out here. I have been here since he started, and I don’t find myself ever getting bored with it.”

To keep Kelly coming back year after year, students at Slater Elementary School host a fundraiser each fall that helps pay for the fiddle program.

But Kelly’s fiddle program is about more than music. One of the big lessons Sara sees her students learn is confidence.

“It takes a lot of confidence to get up in front of class and perform,” she says. “Getting to do a performance for family and in front of adults is a huge boost in self-esteem.” 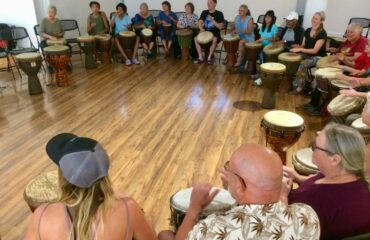 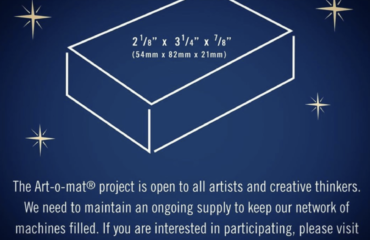