The ACE Writing Project hosts monthly author readings. Enjoy an evening of literary arts and learn about the talent hiding in our backyard! Following the featured reading, we’ll open the floor to anyone interested in sharing an original piece. Writers of all genres are welcome; open mic sign-up starts at 6:45 pm on a first-come basis (limit of 10 readers per night). Please keep your reading under 5 minutes.

Guest Reader Form: Click here to signup to be a guest reader. 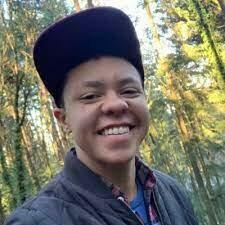 Formerly of Omaha, Nebraska where they played defensive back for the Nebraska NiteHawks of the WNFC until their transition, Tashon Phoenix (they,them,theirs) is a Non-binary Transmasculine Creative and Spoken Word Artist now living in Portland, OR.

They’ve been featured on the social audio app, Clubhouse by Love & Lyrics as well as Mike Guinn Entertainment, and can be seen Live at such local Portland venues as The Queens Head and Alberta Street Pub.

You can visit their website www.mindstateless.com to read their poetry, view videos and art, as well as listen to their podcast.